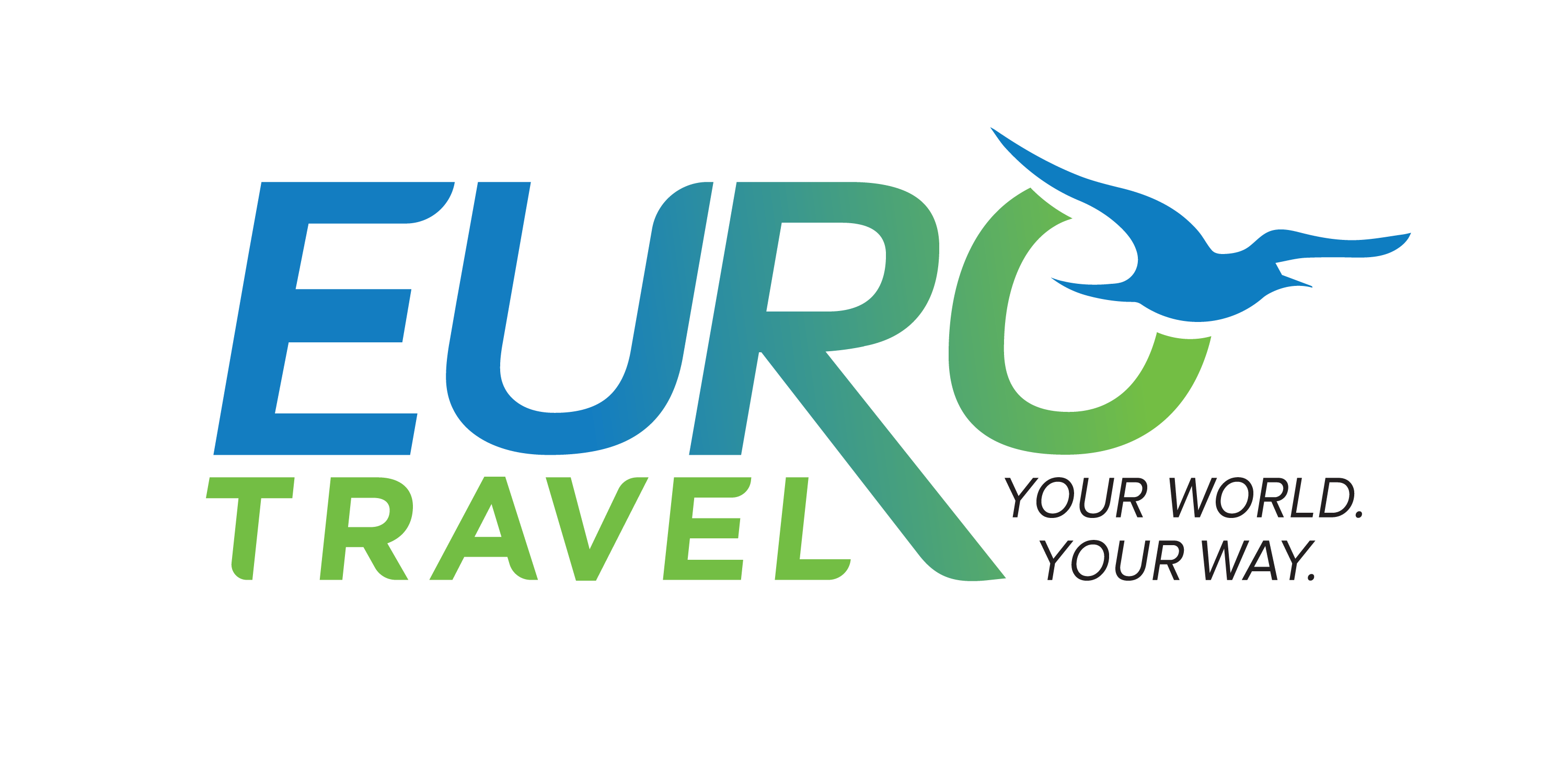 Price
AED7375‬ per person
Duration
11 days
Destination
Frankfurt
Travellers
2
Book this Tour
Day 1 Frankfurt Arrive at Airport & transfer to hotel (on your own). The rest of day is at leisure so that you can relax after your long haul flight. Overnight stay at hotel in Paris. Please note: The Tour Manager will meet you once you reached the hotel. The standard check-in time is 1500...

Arrive at Airport & transfer to hotel (on your own). The rest of day is at leisure so that you can relax after your long haul flight.
Overnight stay at hotel in Paris.

Please note: The Tour Manager will meet you once you reached the hotel.
The standard check-in time is 1500 hrs.

After Breakfast, Check out and board your coach to drive & Continue journey to Black Forest. Famous for cuckoo clocks, where another highlight awaits you: watch a WOODCARVING DEMONSTRATION, and see samples of work. Continue Journey to Rhine Falls – Mini Niagara falls of Europe. You can opt for 30 minute Boat Ride (on your own). Later proceed to Zurich Hotel after having the dinner at Indian Restaurant.
Overnight stay at hotel in Zurich.

After breakfast, Proceed to Engelberg town- a base cable car station of Mt. Titlis. The TITLIS ROTAIR revolving gondola transports you easily to the mountain station. Take your time and visit the Swiss Lion shop, the world’s highest watch shop. You can even have your photo taken in traditional Swiss costume in our photo studio. The glacier cave is only a snowball’s throw from the mountain station. The glistening, blue ice tunnel leads deep down into the fascinating world inside the glacier. In the summer months, the Ice Flyer chair lift will take you to the glacier park where all kinds of fun snow activities await. Grab a snow-tube or a speedy sled and whiz down the piste, whipping up plenty of snow as you go. You may also do the Titlis Cliff Walk is a pedestrian bridge along the cliff of Mount Titlis in the Swiss Alps. Later, in the afternoon, proceed to the city of Lucerne for Orientation tour and see the Chapel Bridge-The Chapel Bridge is a covered wooden footbridge spanning diagonally across the Reuss River in the city of Lucerne. Named after the nearby St. Peter’s Chapel, the bridge is unique since it contains a number of interior paintings dating back to the 17th century, Jesuit Church- This beautiful church is considered to be the first large baroque style church ever built in Switzerland, The Lion Monument, or the Lion of Lucerne, is a rock relief in Lucerne, Switzerland, designed by Bertel Thorvaldsen and hewn in 1820–21 by Lukas Ahorn. We will proceed back to Zurich Hotel after having the Dinner at Indian Restaurant.
Overnight stay at hotel in Zurich.

After breakfast. Choose an optional excursion to Mt. Jungfrau – Top of Europe. Those who don’t want to go Jungfrau, have free time to explore the Interlaken by own. Our Coach will drop at Interlaken. The Jungfraujoch – Top of Europe is the highlight of any Swiss holiday. The highest railway station in Europe is located 3,454 metres above sea level. You have access to a high-alpine wonderland of ice, snow and rock, which can be admired from the viewing platforms, on the Aletsch Glacier or in the Ice Palace – experience the magic. Visit the Sohinx observation tower. After the tour we will proceed for orientation tour of Interlaken. We will start from Höheweg is the main street in Interlaken, which stretches from the city’s central square to the east. Roman Catholic church- Situated on Schlossstrasse, this Swiss religious building houses a Roman Catholic parish church, which offers worship masses, religious education, and other.

Group members not opting for Mt. Jungfrau will have an opportunity to proceed to the city of Interlaken for an orientation tour. Dinner at Indian Restaurant.
Overnight stay at hotel in Zurich.

Check out and board your coach and proceed to Paris . On arrival in Paris, rest day on leisure. enjoy your dinner
Overnight stay at hotel in Paris..

After Breakfast, You can choose Optional Tour to Disneyland. People who opt for this attraction, will proceed to Disneyland Paris. Disneyland Paris is an entertainment resort in Chessy, France, 32 km east of Paris. It encompasses two theme parks, resort hotels, Disney Nature Resorts, a shopping, dining and entertainment complex and a golf course.
The Disneyland Paris 01 Day 01/02 Park Ticket is your passport to a full day of thrilling adventure and family fun, With this great ticket you can either spend your day at Disneyland Park or at Walt Disney Studios Park.

Group members not opting for Disneyland will have an opportunity to explore Paris on your own. Back to Paris hotel after having the dinner at Indian Restaurant.
Overnight stay at hotel in Paris.

Meals: (Continental Breakfast and Indian Dinner)
Note : People who are not opting for Disneyland will get Packed Dinner

After Breakfast, Check out and board your coach to drive to Amsterdam via Brussels, In Brussels you would be taken on an orientation sightseeing, which would include sights such as the Grand Place and its famous guild houses, The City Museum, Town Hall, Manneken Pis, Royal Palace, Royal Park, Palace of Justice and Museum of Fine Arts. Thereafter you would make a photo-stop at the Atomium. It was built for the 1958 World Fair and has since been symbolic to Brussels. Later Proceed to Amsterdam. On Arrival Amsterdam you would be experiencing Canal cruise in a glass-topped boat that offers unobstructed views of the beautiful city with its coloured buildings, flourishing trees and the site of numerous cyclists going in and about their day. Later Proceed to Amsterdam Hotel after the Having Dinner at Indian Restaurant.
Overnight stay at hotel in Amsterdam.

After Breakfast, you would go to Guided Orientation tour of Amsterdam. Along the way we will inform you about the public transport system, Amsterdam social life, the popular shopping areas and show you the best places to visit. Some highlights of your tour will include Dam Square and the Royal Palace, the beautiful Amsterdam canal belt, the Red Light District, the Anne Frank House, the Old Church, the famous Bijenkorf department store and the historic stock exchange building, as well as one or more of our city market streets. Later we proceed will take you to the windmill village Zaanse Schans. Here you will experience all that is typical Dutch in just a few hours. You will learn about the process of cheese making, you can walk on wooden shoes, see the interior of a working windmill and see the wooden green-painted houses and shops. A professional, experienced, and friendly guide will accompany you throughout the village before you get time to further explore the village on your own. Back to Amsterdam hotel after having the dinner at Indian restaurant.
Overnight stay at hotel in Amsterdam.

fter Breakfast, Check out and board your coach to drive to Frankfurt/Heidelberg. We will stop at Cologne- This German city traces its roots back to the Roman Empire in 50 AD. Today, it is considered a cultural center in Germany and it is known for its influential and busy arts scene. It has more than thirty museums. Later Proceed to Frankfurt. Orientation tour of Frankfurt- Enjoy a Lovely Boat Ride and a trip through the Frankfurt City, where you’ll see landmarks like St Paul’s Church, Frankfurt Cathedral, Goethe House and Hauptwache Plaza, and on to the UNESCO-listed Rhine Valley for breathtaking natural vistas. Later Proceed to Frankfurt Hotel after the Having Dinner at Indian Restaurant.
Overnight stay at hotel in Frankfurt.

After breakfast, check out from the hotel and take a transfer to the Airport (on your own) as per your flight schedule.

Day 1 Frankfurt Arrive at Airport & transfer to hotel (on your own). The rest of day is at leisure so that you can relax after your long haul flight. Overnight stay at hotel in Paris. Please note: The Tour Manager will meet you once you reached the hotel. The standard check-in time is 1500...

From AED7280
Paris to Rome
All inclusive tour
10 days

From AED7210
Paris to Milan
All inclusive tour
11 days